The following petitions more reflect my own personal politics.

In the face of public anger, the Prime Minister has apparently dropped plans to pack the House of Lords with more unelected peers – for now. But without pressure, more appointments are on their way. Sign the petition calling for a halt to new appointments until there are plans for real reform.

Hundreds of thousands of parents will lose out under the new tax-free childcare. The voucher schemes should be kept open alongside tax-free childcare to give parents a genuine choice for the support that best suits their family.

Support A Future For The Electric Railway Museum.

The Tories want to give MPs a vote which could bring back fox hunting, overturning Labour’s ban from 2004.

Sign our petition telling them to keep this brutal bloodsport where it belongs: in the history books.

We deserve a debate – What’s May scared of?

We are a Democracy NOT a Dictatorship – Curtail Henry VIII powers

The purpose of the Great Repeal Bill is sensible enough – bringing EU Law into UK Law but the devil is in the detail. It seems almost certain that, in order to process thousands of pieces of legislation, the government will try to give itself unprecedented power.

Don’t give the tampon tax money to anti-abortion groups

The government announced this week that they are going to give some of our tax money to an anti-abortion group. It’s money that comes from the “tampon tax”, the extra money we pay on sanitary products. Money that the government promised would go to charities that help women.

But instead of helping women, the government’s decided to give the biggest amount – £250,000 – to an anti-abortion group who give one-sided advice to women, instead of providing a fair service. It puts even more pressure on women who are already dealing with a really tough decision.

If you think that our tax money shouldn’t be supporting anti-abortion groups, then please sign the petition now.

Drop the Target: Theresa May must drop the tens of thousands net migration cap.

The Daily Mail and Daily Express have been called out by the United Nations for their divisive and xenophobic coverage.

Experts have warned that the hate in our media is fuelling hate crime on our streets. Companies urgently need to take responsibility for the impact of their advertising.

Sign the petition to the Norwegian government, the European Commission and all leaders of countries that allow Norwegian whale shipments to pass through:
“As concerned global citizens we appeal to the Norwegian government to end the whale slaughter, and to all others to close your ports to Norwegian whale meat shipments. Your decision will set precedent that could save thousands of whales, and help stop whaling across Europe. “
https://secure.avaaz.org/campaign/en/norway_save_the_whales_loc/

It is disgusting that Rugby Borough Council have the audacity to request payment for this “service”. A service that is already more than covered for by the extortionate Council tax paid by Rugbeians.

Cancel the charge and resume collections as normal immediately.

Open a PRIMARK in Rugby Uk

Prevent Donald Trump from making a State Visit to the United Kingdom.

Donald Trump should be allowed to enter the UK in his capacity as head of the US Government, but he should not be invited to make an official State Visit because it would cause embarrassment to Her Majesty the Queen.

Our railways are in a mess. And they’re in a mess because they’ve been privatised. The system is inefficient, wasteful and expensive – it’s time for a change.

Theresa May: Seek an urgent cross-party solution to the health and care crisis

There can be no doubt about the scale of the challenges facing health and social care services in England. We need a cross-party approach to achieve a long-term solution to ensure millions of older, ill and disabled people and their carers can access the high-quality care they deserve.

We urge you to take a stand against racism by pulling your advertising from the Sun newspaper.

Stop the attack on the UK solar industry

Recent government cuts to the solar industry have already triggered an estimated 12,000 job losses. But now it’s been revealed the government could allow a huge new tax hike to be inflicted on the industry, one that could leave businesses and schools that install solar panels with a 6-8 times higher tax bill.

To Karen Bradley, Secretary of State for Culture, Media and Sport

Why is this important?

Rupert Murdoch’s trying to take control of Sky, the tv subscription service. Murdoch already has too much influence over our news – this new power-grab will give him even more. And the more power Murdoch has, the easier it’ll be for him to make politicians dance to his tune.

Karen Bradley, the minister who can stop this deal, will be worried about upsetting Murdoch. His newspapers could turn against her. But she’s new to her job and isn’t used to pressure from hundreds of thousands of us demanding she acts. If we can build a huge petition now, she’ll know the public wants her to act and could tip the balance.

Can you join tens of thousands of 38 Degrees members by signing this petition to Karen Bradley asking her to refer Murdoch’s Sky deal to OfCom?

To: Director of Public Prosecutions

Prosecute the Daily Mail for contempt

Do not make Nigel Farage a lord

A bill allowing UK intelligence agencies and police unprecedented levels of power regarding the surveillance of UK citizens has recently passed and is awaiting royal assent, making it law.

This means it’s not too late!
This is an absolute disgrace to both privacy and freedom and needs to stop!

Establish a Tort of Malicious Misrepresentation

We believe that a Tort of Malicious Misrepresentation would enable these individuals, bodies and organisations to be held accountable by a non governmental body such as a Jury with damages going to repair the damage through promotion of the accurate and true position.

Enhance democracy by ending corporate domination of the media

The vast majority wants PR. Our FPTP voting system makes Parliament unrepresentative. One party got 37% of the vote and 51% of seats, while 3 parties got 24% of the vote but share 1.5% of seats. FPTP violates the democratic principle of majority rule and causes problems like costly policy reversals.

I support the call to change the law to allow doctors to prescribe cannabis where they consider it would help their patients; and for patients to have their prescription honoured at the pharmacy.

To the women of Poland,

Across Europe, we are watching in horror as your parliament tries to take away your fundamental human rights. We condemn this attack on your freedom to make choices. We support your efforts to stop this terrible ban on abortion and we stand with you in solidarity across borders.

It is time for Labour to get serious about reforming our politics.

The Tories’ plan for grammar schools will segregate our children, providing a privileged education for a few and a second class education for the rest. Sign this petition to join Labour in opposing the Tories’ divisive plan.

We believe that the owners of Coventry City have failed the fans during their time in charge of the club. Attendances, revenues and league positions have all declined during Sisu’s tenure.

After nine years of failure, it is time for the owners to put the club up for sale so someone can provide the investment and know how needed to take this once-proud club out of decline and put it back on the right course again.

A vote of confidence in the democratically elected Deputy Leader of the Labour Party Tom Watson. 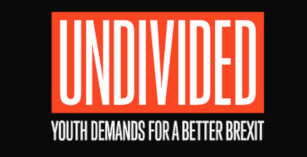 The UK in a Changing Europe